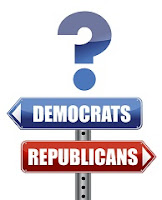 At about noon this past Thursday, January 3rd, the 112th Congress formally ended.  That same afternoon, the 113thCongress was sworn in.

And as everyone knows “fiscal cliff” legislation was passed at the very last minute!
But what about the Federal Internet Sales Tax proposals that were talked about for so long?  Well, as some of you might know, none of those proposals passed!
That’s right – the Main Street Fairness Act (H.R. 2701/S. 1452), the Marketplace Equity Act (H.R. 3179) and the Marketplace Fairness Act (S. 1832) – are now all D-E-A-D, dead!
You see, when a new Congress takes over, the outstanding proposals don’t automatically carryover to the next Congress.  Although an identically drafted proposal can be re-introduced in the next session,  it’s still a considered a new proposal. (And yes, there are indications that Federal Internet Sales Tax legislation will be introduced in the new session, but more on that in a bit!)
Now, if you’re a frequent visitor to The State and Local Tax “Buzz” or if you’ve been following my contributions on Internet Sales Tax developments at the SalesTaxSupport.com blog, you already know that I covered these three proposals very closely.  I wrote posts covering the specifics of each of proposal, posts comparing the various proposals to each other, posts on the House and Senate Committee Hearings debating the merits of the proposals, posts on commonly asked questions, a whitepaper discussing the impact of the Federal legislation on small-medium e-Commerce businesses, and presented four Webinars where I covered the three proposals.
And quite honestly, a few months ago – heck, even a few weeks ago – I wondered whether we might actually see Federal Internet Sales Tax legislation pass.
As a matter fact, in my December 20th SalesTaxSupport.com post, I discussed the last minute attempt by the three key sponsors of the Marketplace Fairness Act – Dick Durbin (D-IL), Mike Enzi (R-WY), and Lamar Alexander (R-TN) –  to have an internet sales tax collection amendment included in the 2013 Fiscal Year National Defense Authorization Act (“NDAA”, S. 3254). (Note, the Senate overwhelmingly approved the NDAA on December 4th, without an “internet sales tax” amendment.)  I also noted some last minute lobbying efforts by the National Conference of State Legislatures (“NCSL”), a strong proponent of S. 1832, the day after the Senate voted to pass the NDAA without the remote seller amendment; and a December 11th letter sent by the National Governor’s Association to Senate Finance Committee Chair, Max Baucas (D-MT), and Ranking Member, Orin Hatch (R-UT), urging the passage of the Marketplace Fairness Act.  (See my 12/20/12 SalesTaxSupport post, “Internet Sales Tax Legislation: 2012 Review – and 3 Predictions for 2013”, for more.)
Earlier in the month I had also written a guest post for the BloombergBNA State Tax blog, where I indicated that just a few months ago some lobbyist and policy analysts were predicting that Federal remote seller legislation could advance in the lame duck session of Congress and noted that Steven Roll, BloombergBNA’s State Tax editor had observed an attitude of “fait accompli” (fact accomplished) at a fall Tax Administrators meeting. (See my 12/11/12 BloombergBNA State Tax blog guest post, “Expert Insight: Will Federal Remote Legislation Advance in the Final Weeks of the 112th Congressional Session?”)
So what happened?
We had three separate proposals to choose from,  the momentum was building, the lobbying for “e-fairness” was going full-steam, and even Amazon had come forward as a staunch supporter of the Marketplace Fairness Act.
In a nutshell, we had one of most dysfunctional Congresses we have ever had!
And this isn’t just my opinion.  On January 4th, the Huffington Post published a very popular article “112th Congress Set To Become Most Unproductive Since 1940s”, which stated that President Obama had only signed 219 bills passed by the 112th Congress into law, and noted that, in comparison, the previous Congress (the 111thCongress) had passed 383 bills, while the Congress before it (the 110th Congress) had passed 460 bills.

The Huffington Post article also pointed out that the 112th Congress was set to sign nearly 100 fewer bills into law than the previous holder of the “least productive Congress” title, which went to the 104th Congress (1995-1996) – that session, 333 proposals become law.  The article also noted that even the 80th Congress (1947-1948), which President Harry Truman infamously dubbed the “Do-Nothing Congress”, signed significantly more proposals – those lawmakers passed 906 bills that became law.

And the Huffington Post wasn’t the only news site pointing out the 112th Congress’ lack of productivity, the news stories (and names – some not so nice) were everywhere! (See “10 Insulting Labels for the Outgoing 112th Congress“, The Week, 1/3/13; and “Good Bye and Good Riddance, 112th Congress“, The Washington Post, 1/4/13)
Now the likelihood that a bill will actually become law is pretty slim to begin with.  According to OpenCongress.com, a non-profit, non-partisan public resource organization that tracks legislation, only about 4% of the thousands of pieces of legislation introduced by Congress each session become law.  As of a few months ago, GovTrack.us, another bill tracking transparency site reported that there had been 11,553 bills and resolutions introduced by the 112th Congress, and at that point, the site was projecting that only about 5% would become law.  A recent OpenCongress blog post said it best, “The vast majority of bills are essentially dead upon arrival.”
But if indeed only 219 bills out of the 11,553 bills and resolutions introduced by the 112thCongress became law, you’re talking about a dismal 1.896%.  That’s right, the 112th Congress can boast a less than 2% success rate in seeing its proposals become law!
Sylvia’s Summation
Dysfunctional – yes, perhaps the best word to describe the 112th Congress.
And so, I can’t help but wonder if Federal Internet Tax legislation would have passed had we had a much less dysfunctional Congress. Yes, I can’t help but wonder if we could have seen the overturn of Quill had a different Congress been in office.
One thing I’m sure of is that we’ll see Federal Internet Sales Tax legislation re-introduced by the 113th Congress.  As a matter of fact, according to a recent news report, which quotes a spokesperson for Senator Dick Durbin (D-IL), one of the key sponsors of the Marketplace Fairness Act (S. 1832 – 112th Congress), the Senator plans to re-introduce the measure during the 113th session of Congress. (See “Online sales tax bill likely dead for 2012”, The Hill’s Technology blog, 12/25/12; and “A comprehensive online sales tax appears dead for now, but will resurface in the 2013 legislative cycle”, The Next Web, 12/27/12)**
And I anticipate we’ll see Federal legislation re-introduced fairly quickly. A December 12th GovTrack.us blog post, and a supporting academic paper, suggest that proposals introduced in the first 90 days of a session have a much higher likelihood of become law.  So, if Senator Durbin or any other legislator wants to increase the chance of their proposal becoming law, they’ll want to introduce their proposal sooner rather than later.
Will any new proposal read identically to one of the prior proposals? Or will the drafters make changes to enhance their proposals’ chances of becoming law. And will the 113th Congress fare any better than its predecessor Congress? Or will it be as polarized as the 112th Congress was.

If you want to keep up with these developments, stay with me here at The State and Local Tax “Buzz”, or follow my contributions to SalesTaxSupport’s Sales-Use Tax Issues, Insights and Ideas blog.

There’s sure to be plenty more more drama!

Missed my last post? Catch it here: “Smashing the Myth of the Tax-Free Cyber Monday“
Follow me on twitter at:  @SylviaDionCPA
View my profile on LinkedIn at:  http://www.linkedin.com/in/sylviadioncpa
Visit my company website at:  www.sylviadioncpa.com

If you’ve made your way to this blog post, you’re probably an international seller that has begun to sell (or will soon be selling)